More than 40 organizations representing financial and business interests recently called on Congress to oppose President Joe Biden’s proposal to require financial institutions to report to the IRS deposits and withdrawals of all business and personal accounts with a balance of more than $600.

Some of the banking signers on the Sept. 17 letter included the American Bankers Association, Consumer Bankers Association, Independent Community Bankers of America and National Bankers Association. The letter, sent to House Speaker Nancy Pelosi and House Minority Leader Kevin McCarthy, called on Congress to “strongly oppose a proposal under consideration as part of the reconciliation package that would establish an expansive new tax information reporting regime,” and would undermine work to reach the unbanked and vulnerable populations.

The groups wrote that the proposal, if implemented, “would create significant operational and reputational challenges for financial institutions, increase tax preparation costs for individuals and small businesses and create serious financial privacy concerns. We urge members to oppose any efforts to advance this ill-advised new reporting regime.”

The proposal’s stated goal of uncovering tax dodging by wealthy Americans “is not remotely targeted to that purpose or that population,” the letter said. To the groups, the reporting would create “tremendous liability for all affected parties by requiring the collection of financial information for nearly every American without proper explanation of how the IRS will store, protect and use this enormous trove of personal financial information.” 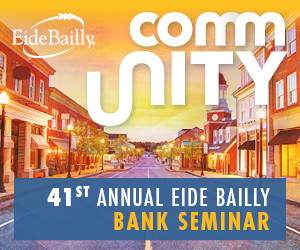