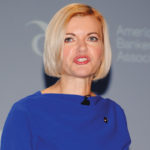 I grew up in a small, low income town in eastern Oklahoma where college wasn’t an expectation. My single dad was a probation and parole officer and the town was rich with his clients. Very early on, the matriarch of the local community bank family encouraged me to look past my circumstances and pursue higher education – if I was in our local paper, you could count on her to send me a kind note with the article and a few dollars. If an opportunity came available in academics or athletics that I couldn’t afford to attend, she would, without fanfare, ensure that the opportunity wasn’t missed. [Continue] 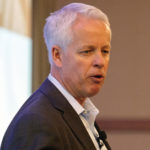 Both banks in the Waseca Bancshares holding company – Lake Area Bank, Lindstrom, Minn., and Roundbank, Waseca, Minn. – were stabilizing in 2015. The banks had come through the recession and put regulatory concerns behind them. Sean Cole, the banks’ chief financial officer, said there was a feeling it was “time to start playing offense instead of defense.” [Continue] 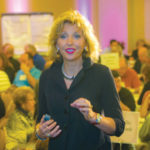 When Patrick Alexander, then president of Landmark National Bank in Manhattan, Kan., first attended a seminar presented by The Emmerich Group, he could not believe his eyes — or ears. This was no boring slide show presentation on the ABCs of community banking. People were standing, shouting and laughing. And these were bankers. He immediately started checking for early flights home. [Continue] 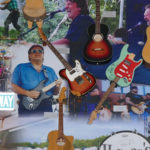 It will really be music to his ears if Mark Bragelman hears, “We’re meeting in The Vault.” The president and CEO of Liberty Bank Minnesota in St. Cloud, who doubles as the town’s lead concert promoter, thinks a creative new community meeting space entered through a vault door will be the highlight of the bank’s new headquarters now under construction along a north-south corridor of I-94, roughly 65 miles northwest of Minneapolis. [Continue] 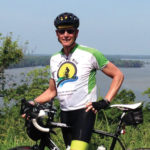 For Minnesota banker Tom Mork, the fight against mental illness is personal, and spurred him to climb on a bike for a six weeks  a few summers back to raise funds for the National Alliance on Mental Illness. [Continue] 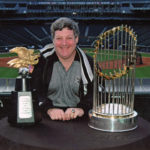 This story starts with my grandfather. He emigrated from Russia through Ellis Island when he was 3 years old. Upon settling in Chicago, he went to school and raised his family on Chicago’s south side. There, a tradition was born. [Continue] 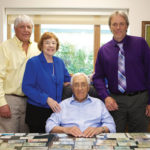 Any account of the good deeds of Dan Nicolai is written without his permission. It is enough for the president and CEO of the more than 100-year-old Castle Rock Bank to know his contributions to his community; otherwise he’d prefer the world not know the good he’s done. Go visit Castle Rock, though, or talk to his customers and the organizations supported by the Nicolai family over the years, and it’s clear: Dan Nicolai is one of the best things to happen to Castle Rock, Minn. [Continue] 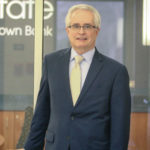 In 2007, First State Bank of Eastpointe, Mich., was faced with some tough decisions. “Our loans were deteriorating, brought on by large measure by what was becoming a difficult economy in southeast Michigan. I don’t know if the recession hit southeast Michigan earlier than the rest of the country or if we just felt the effects of it. But in 2007, we looked at our balance sheet and could see the need to recognize some losses,” said Gene Lovell, president and CEO of the bank, which has $664 million in assets. [Continue]

After she was fired from her job at Capital City Federal Savings and Loan (later Meritor Savings Bank), Mechelle Vinson sued the Washington, D.C., bank and its vice president Sidney Taylor. Vinson alleged that Taylor had coerced her into a sexual relationship with him and made demands for sexual favors at work. [Continue]

Employers commonly carve out restricted activities from a new employee’s duties until a previous restrictive agreement becomes inactive. What happens when a previous employer thinks a former employee is still violating an agreement? [Continue]