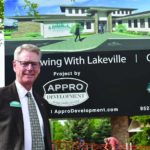 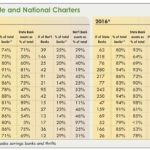 While the Comptroller of the Currency continues to supervise most of the country’s largest banks, the percentage of state banks in relation to all banks has been growing for years, a fact not lost on Gary Kahn, president of FNNB Bank, Newton, Iowa.

Attending an OCC outreach program in July 2015, Kahn noted a mention of the decline in the number of national banks in Iowa. From 41 in 2008, the figure had fallen to 23 as of that meeting. When he sought out some of the bankers who had converted their banks to state charters, they told Kahn how easy the process was. Perhaps more importantly, they described a significant cost savings.

Kahn said he grew concerned the number of national banks would decline so much the OCC would close its duty station in Des Moines, shifting the supervision of his $84 million bank to examiners based elsewhere, such as Omaha or someplace even farther away than that. (The OCC’s Des Moines office remains open.) [Continue] 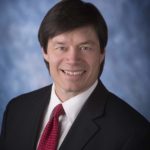 There are two sides to the figurative coin. On one side, a banker helps a small business owner open a second store. The first-time homeowner makes a down payment and the 30-year mortgage clock starts ticking. A commercial real estate developer needs up-front funding. The loans have always been obvious.

On the flip side, the bank must bring in enough deposits to fund those loans. The established business owner’s payroll account, the retiree’s savings, and the young professional’s ACH paycheck all help fund those loans.

Nearly all banks focus on loans; that is, after all, how banks make most of their money. [Continue]

Charles N. Funk of MidWestOne Bank, Iowa City, is our 26th Banker of the Year selection since the start of the program. He is the sixth banker selected from the state of Iowa. We appreciate the support of Bell State Bank & Trust, and congratulate Charlie Funk on being selected our 2014 Banker of the Year.