The rules that govern the use and cost of a bank’s debit card program are written by a small group companies and these rules set the terms for cardholder access as well as the costs borne by a financial institution. In its effort to support its customers and re-balance the power wielded by the largest players in the arena, Johnston, Iowa-based Shazam made a strategic decision to engage in advocacy on this and other issues.  [Continue] 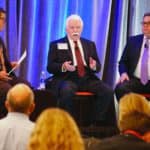 Most of the many merger and acquisition strategies discussed during the Bank Holding Company Association’s Fall Seminar, “Buy, Sell or Hold: Strategies for Success,” sounded familiar to Lynn Fuller.

The president and CEO of Heartland Financial, Dubuque, Iowa, has made acquisitions a habit for more than three decades. Fuller described Heartland’s growth from less than $200 million in assets to $8.2 billion during one of the general session presentations at the seminar held at the Hyatt Regency hotel, Bloomington, Minn., Oct. 2-3.

“I said to my father, ‘We better giddy up or get out,’” Fuller said. “Our goal back then was to get into the top 100 banks. Today, we’re somewhere between 90 and 80, depending on how our positions go. … Starting from less than $200 million, you can imagine that was a long haul.”

The Federal Reserve Bank of Chicago gave Fuller the push he needed to pursue acquisitions when it predicted massive consolidation coming. [Continue] 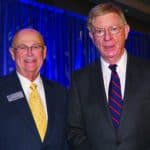 Michael Bilske, CEO of North American Banking Company, Roseville, Minn., demonstrated his bank’s new person-to-person payments app at the Grand Event hosted by United Bankers’ Bank on Oct. 20 in Bloomington, Minn. Bilski, whose bank is very active in ACH payments processing, said the app allows individuals to exchange money via their cell phone, much the same way Venmo does. He actually transferred $20 into the bank account of a banker in the audience to demonstrate the app. The app, which is called “ExCheQ,” utilizes the existing ACH payments system. [Continue]

Regulators are generally upbeat about bank conditions throughout the Upper Midwest, said representatives from the regulatory agencies who participated in a panel discussion at the 37th annual Bankers Seminar hosted by the Eide Bailly accounting and consulting firm Nov. 2 in Mankato, Minn. Ag lending, growing concentrations of commercial real estate loans, cybersecurity and liquidity are the issues regulators from the State of Minnesota, the Office of the Comptroller of the Currency, the Federal Reserve Bank of Minneapolis, and the FDIC said raise the most concerns. [Continue] 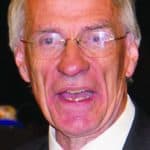 Nov. 2. Kohl was addressing bankers attending the 37th annual Bankers Seminar hosted by the accounting and consulting firm of Eide Bailly. Kohl addressed another Eide Bailly group the day prior in Fargo, N.D.

Kohl warned that prices for ag commodities are not returning to the levels experienced between 2006 and 2012. The United States is dealing with a surplus of ag commodities, which is keeping prices low. While productivity is up in many places around the globe, export demand is strong, particularly in light of a weakening dollar. Approximately 21 percent of U.S. ag income comes from exports, he said. [Continue]

Vekich embraces reputation as ‘Mr. Fix-it’
March is for recognizing directors
Fleck brings urban flair to rural bank
Toward a safe workplace
Some leaders are ‘naturals’ while others can be taught leadership skills