Leaders succeed by identifying important goals, and they articulate powerful reasons for pursuing those goals. They set high expectations and take the actions necessary to accomplish them. Finally, they track results intensely. [Continue] 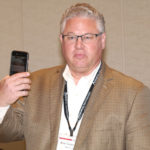 With bitcoin being the currency of choice for cyber criminals, perhaps the time has come for community bankers to set up a bitcoin account and keep a small balance of bitcoin on hand to pay ransom. [Continue] 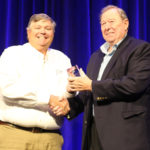 The Independent Community Bankers of Minnesota recognized six bankers with its Legacy of Community Banking Award at its annual convention, held August 9-11 at Mystic Event Center in Prior Lake, Minn. The award recognizes bankers with 50 years or more of service to their institutions and the industry. [Continue]

Preston Steele is chairman of the $840 million American Bank & Trust, Huron, which has 13 locations in eastern South Dakota. [Continue] 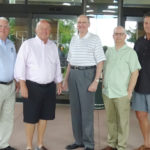 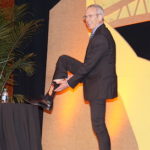 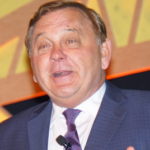 Satisfied customers are loyalty neutral and will leave one bank for another when offered an elevated customer experience, said C. Richard Weylman, author of “The Power of Why” and “Start with Why.” Weylman, speaking at the Nebraska Bankers Association’s annual convention May 3 in Omaha, Neb., offered bankers practical steps to connect with customers they way top retailers do. [Continue] 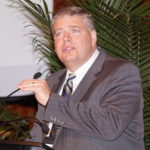 In his annual association report, Richard Baier, president and CEO of the Nebraska Bankers Association since 2014, talked about the viability of an industry that faces a talent shortage. In recent months, Baier said the association held its first ever Young Bankers Day at the Capitol and 15 bankers attended. “It was refreshing to see these people,” Baier said. “We will continue to engage the next generation” and get them involved in the donating to the PAC.  [Continue] 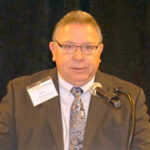 Though 96 percent of the 275 state chartered banks in Iowa have a CAMELS rating of 1 or 2, there’s been a slight increase in the number of 3-rated banks in Iowa in the past two years. “You may think this increase is expected because of the current ag environment,” said Ron Hansen, Superintendent of Banking for Iowa. “I would tell you it’s as much caused by a decrease in the management component of the CAMELS rating as it has been by the asset quality component.” [Continue]

With a vote of the membership, the Community Bankers Association of Illinois strengthened its resolve against a merger with another banking association. The vote took place during CBAI’s annual convention at the Crowne Plaza hotel in Springfield, Ill., Sept. 14-16. The CBAI unanimously approved an amendment to its constitution making it significantly more difficult to change association policy on bank structure or to merge with another association.

Previously, only 60 percent of the member banks in attendance needed to approve any change, but the amendment raised that figure to 80 percent. Proposed changes to matters of policy consistent with CBAI precedents still need only 60 percent approval.

“It elevates the threshold on issues of that magnitude,” outgoing CBAI President Bob Wingert said, leading the final convention of his 43-year career. “In other words, there has to be a meaningful consensus to take that course of action.” [Continue]