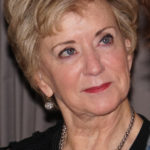 I am originally from North Carolina. I was born in North Carolina and was actually friends with Vince growing up. We met when I was 13 and he was 16. We later married right after I graduated from high school and then went off to college. We just celebrated our 51st wedding anniversary. It’s a wonderful thing to have been together this many years, to be married to your best friend, to have two great kids, six grandchildren – it’s truly a blessing. [Continue]

The search is on for the next president and chief executive officer of the Federal Reserve Bank of San Francisco. The position is based in the San Francisco  Bay Area, the fifth largest metropolitan area in the country. [Continue]

A long-time Small Business Administration employee, Melvin Boser, passed away May 18. He was 68. Boser, known as Mel, retired from the SBA on Dec. 31, 2017. [Continue] 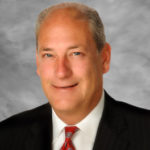 Farmers Trust and Savings Bank, Spencer, Iowa, announced the retirement of Bruce Lamport and the election of Kenneth Easter and Michael Bryan to the board of directors. [Continue] 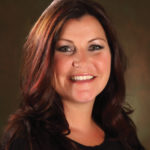 Rarely does someone fresh out of college looking for a creative job respond to an ad from a bank. Then an assistant manager at a local restaurant, Becky Miller saw a First Bank Financial Centre listing for a marketing assistant. A dozen years later, Miller is officer for corporate marketing at the $1.1 billion Oconomowoc, Wis., bank. [Continue]

1st Source Corporation, South Bend, Ind., announced the following elections to the board of its holding company and its subsidiary bank, 1st Source Bank: [Continue] 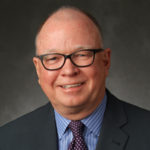 Kevin Bostrom, executive vice president, has retired from United Bankers Bank, Bloomington, Minn. Conrad Newburgh, a commercial lender with more than 40 years of experience, has been promoted to chief credit officer to replace Bostrom, whose last day at the bank was April 13. Bostrom was a key contributor to the growth in UBB’s balance sheet over three decades, said Bill Rosacker, UBB president and CEO. [Continue]