Michael L. McGlasson, president of Bank of Springfield, Ill., has announced his plan to retire effective December 31. He will remain chair of the board. [Continue]

James “Jim” Ghiglieri, 64, senior vice president of strategic alliances for Johnston-Iowa based SHAZAM has retired, effective Oct. 1. Ghiglieri’s departure was precipitated by health concerns, included a stroke he suffered in April and a more recent diagnosis of esophageal cancer. Ghiglieri underwent surgery to remove the cancer and his family reports a full recovery … Read more

Dale Blachford has served as president of the Illinois bank since 2004 and will be retiring at the end of November after more than 42 years the industry. [Continue]

Anne Hofstede, longtime head of operations at United Bankers’ Bank, Bloomington, Minn., will retire in August. She will be replaced by SVP Mary Williams. [Continue]

Farmers Trust and Savings Bank, Spencer, Iowa, announced the retirement of Bruce Lamport and the election of Kenneth Easter and Michael Bryan to the board of directors. [Continue] 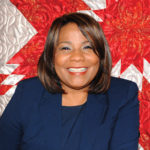