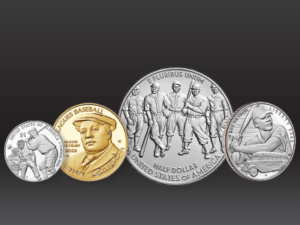 At a ceremony hosted by the Federal Reserve Bank of Kansas City, the U.S. Mint unveiled the $5 gold, $1 silver, and 50 cent clad coins, which help tell the story of African American resiliency in baseball in segregated America.

The Negro National League was formed in 1920 to give African American baseball players, banned from the major leagues, an opportunity to play baseball at a professional level. Additional leagues formed in the East and South and the Negro Leagues continued to operate until 1960. Throughout their 40-year history, the Negro Leagues provided a playing field for more than 2,600 African American and Hispanic baseball players to showcase their world-class baseball abilities.

“The story of the Negro Leagues is an incredibly important story to tell,” said John Sherman, chair, CEO and majority owner of the Kansas City Royals. “While it’s about baseball on one hand, it transcends baseball. It transcends all of sports. When I walk through the museum, I think about the courage and the risk these people took because they just wanted an opportunity to play baseball. We were denying them the opportunity to do that at the highest level.”

The Negro Leagues Baseball Museum was formed in a one-room office in Kansas City in 1990, where John “Buck” O’Neil (player and manager with the Kansas City Monarchs) and other Negro League alumns took turns paying the rent, explained Museum President Bob Kendrick, “because they believed this story needed to be told.”

“They made this incredible history; their legacies deserve to live on. That is why this museum is so important,” Kendrick said.

“We claim it as our own,” said Federal Reserve Bank of Kansas City President Esther George of the Negro Leagues Baseball Museum. “We know the Negro Leagues played an important role in the cultural and economic landscape of Negro League cities around the country, where baseball games were the center of a thriving African American community.”

George said the Kansas City Federal Reserve Bank will place the coins on display in its Money Museum and will create educational tools around them to teach children about the Leagues and about segregated America.

“First and foremost, our children look at segregation through a very simple lens, and say: ‘That was dumb.’” Kendrick said. “And they’re right. It was indeed dumb. But it’s also the way our country was.

“It’s so important that we allow our children to look back in time if they are to appreciate how far we’ve come,” Kendrick added.

There have been 850,000 commemorative coins minted under this Act. Sale prices include surcharges of $35 for each $5 gold coin, $10 for each silver dollar, and $5 for each clad half dollar. Once the U.S. Treasury recoups expenses for designing and minting the coins, the proceeds from sales will be distributed to the Negro Leagues Baseball Museum.

Madison, Wis.-based First Business Bank will manage any assets generated through the program. There is a potential for $6 million to be raised for the museum through the commemorative coin program. Rob Barker, First Business Bank’s Kansas City Metro market president, called the museum an important piece of American history. “The legacy and history maintained by the NLBM is very important to preserve and we are honored to help promote this program to benefit their efforts and ensure their financial wellness in the years to come,” Barker said. 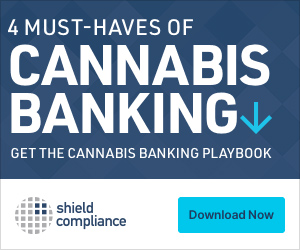