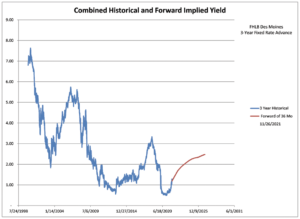 Interest rates in the United States are managed by a committee of the Federal Reserve. If the committee does its job well, we’ll get full employment and stable prices. If it does not, one or both of these can be negatively impacted.

We are taught in business school that interest rates are the expression of the time value of money. Time value of money ultimately boils down to “delayed gratification.” The lower the interest rate, the more we are comfortable delaying gratification in using our money for goods and services for ourselves. To be willing to delay the use of their money, people ask for interest to allow others to utilize their money until a later time.

So, in 2021 when we experienced the lowest interest rates in modern financial history, does this sync with our society’s expanding patience for delayed gratification reaching new record highs? What corroborating evidence do you find for a hypothesis of increasing delayed gratification?

The market for interest rates in the United States today may best represent the opposite of a free market. That doesn’t mean that the interest rate markets today are universally advantageous or disadvantageous. But we need to be very clear-eyed about the situation and the potential consequences to the gratification expected for economic participants as we must recognize that our pricing methodology lacks the natural equilibrium we expect in free markets.

In a competitive free market, consumer and business supply and demand dynamically allocates funding as price adjustments draw more or less volume into the marketplace. To get more people to provide funding to the marketplace, a free-market mechanism would raise interest rates to stimulate owners of money to lend their money and delay their own personal gratification. Instead of this, we have the Federal Reserve exerting its pricing power through the banking system and now with quantitative easing across the yield curve in the bond market.

The Federal Reserve was chartered to provide full employment and stable prices. This is often referred to as the Fed’s “dual mandate.” With interest rates set by a government established entity that has the power to unilaterally alter the supply of money, we will often observe a learning curve as that pricing authority promotes its initiatives designed to emphasize some objectives as priorities over other competing priorities.

The Great Recession was a recession that resulted from over-leveraged speculative financial activity. To recover, the economy had to deal with deflationary pressure from de-leveraging the private sector economy. This process evolved relatively slowly with fiscal and monetary policies that were implemented over many years to stabilize and eventually facilitate attractive GDP growth, with low unemployment and stable prices in the years that followed.

Like the Great Recession, the Covid-19 pandemic was also a crisis. However, its origins and impacts were fundamentally different. The financial consequences of this crisis have some similarities, but also have very distinct differences in terms of duration, magnitude and, in some cases, even the directional impact/stress on the economy. For example, today’s supply chain shortages and inflation in the aftermath of the pandemic are clearly the opposite of those experienced in the unwinding of the over-leveraged economy that led us into the Great Recession.

It is understandable that the stress of a crisis stimulates a call to action for those at the Fed who can impact the economy, employment and price stability. However, it is often quite difficult for the Fed to craft a prescription that fosters benefits without simultaneously producing some negative consequences whether expected or unexpected. A much more difficult challenge is often to articulate in the public arena the wisdom of their actions that will inevitably always benefit some sectors of society at the expense of others. Therefore, we tend to see the same monetary and fiscal solutions applied in times of stress with differences noted in magnitude and pace rather than situationally crafted solutions.

Today’s monetary policy is a great example of the generals seeming to be quite busy fighting the last “war.” If we follow the science within economics, low interest rates at least for a time was the right prescription for the Great Recession, which created systemic high unemployment and pressure from falling price levels. Reducing interest rates and increasing the money supply properly addressed the fundamental issues that the recession caused in the economy, markets and finance.

This is in distinct contrast to the pandemic, which has whipsawed employment with transitory high unemployment followed by historically low unemployment that now appears quite capable of being sustained for an extended period of time. Also, in contrast to the Great Recession, inflation has emerged at levels not seen for decades. Dismissing inflation as transitory with the current monetary and fiscal policies in place today appears more of an appeal to hope than articulation of economic strategy. How can it be that dealing with the situation of high unemployment combined with deflation in the Great Recession (using low interest rates and providing quantitative easing) has led to using the same remedy more rapidly and in greater volume in the pandemic? We are clearly dealing with the opposite in terms of financial stress — low unemployment combined with the most intense inflation in decades!

When will the Fed stop fighting the previous war and more directly address the circumstances of today’s situation? What would higher interest rates mean to your operation if pricing of interest rates were to move more toward that which a competitive market would offer? If the Fed delays adjustment, could it be that it will eventually be required to use even higher interest rates as the pendulum effect might require — even more adjustment than is generally necessary if the adjustments had been made more promptly?

Neil Stanley is CEO/founder of Omaha, Neb.-based The CorePoint, a firm offering a web-based retail deposit pricing and sales platform. He can be reached at [email protected]. 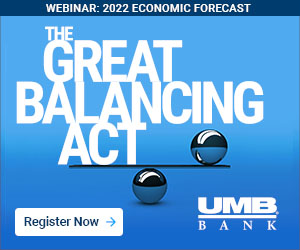