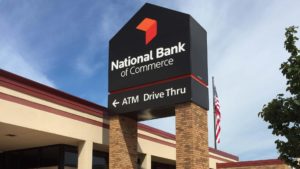 “National Bank of Commerce has the opportunity — in fact, the responsibility — to stitch together the fabric of our community, and make it even stronger,” said Steve Burgess, president and CEO of the $608 million National Bank of Commerce. “Our goal is better, not bigger. Dave Gaddie and his team are well-respected in the community and we look forward to having the Republic team join the NBC team.”

Gaddie, who is chair, president and CEO of Republic, has been with the bank since 2002 and has 45 years of banking experience.

National Bank of Commerce has $521 million in deposits and $439 million in loans. It has two offices in Minnesota and five in Wisconsin.

The deal is expected to close by the end of the year.