Oregon Community Bank’s management could see economic growth taking hold in the Madison area. A suburb of about 10,000 people 10 miles south of the Wisconsin capital, Oregon may be an unlikely place to spot the early bounce back from the recent recession, but Oregon Community President and CEO Steve Peotter was confident the incoming loans in late 2013 and early 2014 were not outliers.

“We were optimistic,” Peotter said. “From a lending standpoint, we had seen the economy was kind of recovering.”

If that continued — as it did, for the most part — the now $297 million bank would need more deposits to match the increased loan demand. To find those credits, Peotter hired Elyse Smithback to lead a newly-created treasury management department. 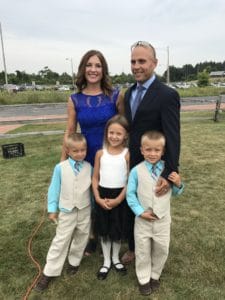 “As a bank, we were having good success in growing our loan portfolio, but we hadn’t really been focused on growing deposit balances so we had this idea that we needed to find someone who could be the nexus of the startup of our TM department,” Peotter said. “Elyse was exactly the right person we needed.”

Smithback is a 2017 selection for Outstanding Women in Banking honors, along with four others. The recognition, sponsored by CliftonLarsonAllen, is presented by NorthWestern Financial Review magazine.

By being a bit ahead of most of the industry in pursuing deposits, Oregon Community Bank actually made the task a bit easier for Smithback. In a time of a volatile stock market and a questionable real estate market, banks were already somewhat flush with deposits. Few, if any, others were actively seeking them out.

“When Elyse first started reaching out to people to talk about deposits, people were very excited to talk about it because so many businesses had felt neglected, perhaps, by their existing bank that told them, we don’t really need your deposits. Here Elyse was, saying we’d love for you to be deposit clients.”

Easier does not inherently mean easy, though. Smithback still had to overcome natural resistance to change. If nothing else, keeping an account at its current bank is the default for most customers.

“It’s unlike in the lending area where you need to buy a house or you’re going to buy a commercial building so you have to do something,” she said. “Finding that value-add in helping clients transition over their banking or deposits to us was probably the most challenging.”

Smithback focused on finding specific perks to offer individual clients, such as referrals for other services, invitations to networking events and 24-hour availability. She also turned to purpose-driven organizations for broader reach. Local associations and non-profit groups often had large deposit balances and members who were as passionate about both the cause and the community as Oregon Community Bank is. Once Smithback reached the groups as a whole, the individual board members and their respective businesses would often follow.

“Elyse’s ability to work with associations and through those associations to other like-minded businesses has been exceptional,” Peotter said. “Our growth in that department has been wonderful.” 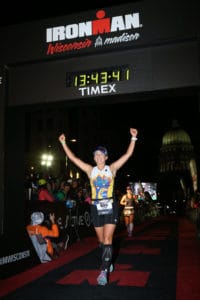 Naturally, the deposit growth led to more loans for Oregon Community Bank as a whole, and that included Smithback, who added commercial lending to her duties toward the end of 2015. In many respects, that came from simply trying to further help the customers she had recruited for deposits. They needed larger lines of credit and she was their usual bank contact.

“All of a sudden I was thinking, I can help you with this,” Smithback said. “It’s not that hard. I just dove into it and made it happen.”

Those instincts were furthered through her involvement with the Oregon Area Chamber of Commerce. As is the case with all chambers, by being a member Smithback keeps abreast of local business occurrences, hoping to hear of a chance to meet a new customer or to hear of an opportunity for one of her current customers. The former, more deposit-gathering — the latter, additional value for a customer and perhaps another loan for the bank.

“I think it’s very parallel,” she said. “It allows me to feel more of the give-back to the community and just be involved and know what’s going on in my community.”

And if that isn’t enough for the mother of three — including 6-year-old identical twin boys — she finished Madison’s 2017 Ironman Triathlon in 13 hours and 38 minutes. Of course, the race itself was a breeze.

“The training is the miserable part,” she said. “Race day, that’s the fun part.”