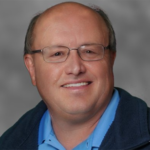 “Gene has done a tremendous job creating value for our shareholders, customers, employees and communities during his 40 years with the organization,” said Brian Renbarger, First Farmers chair. “We’re pleased he will continue to serve this organization as the chief executive officer and as a director. This allows us to continue to utilize his wisdom and base of knowledge as he serves as a leader in the community and industry.”

Holt has served as an executive vice president of the bank since 2015 and served on the board of directors of the bank and holding company from 1997 to 2015.  Holt is also a Doctor of Veterinary Medicine, a member of Purdue President’s Council and a former member of the Grant County Purdue Extension board.