Kansas has historically been tough with legal cannabis penalties, and remains one of three states in the country without a legalized variety. Sale or production of cannabis means a possible 17-year prison sentence and a half-million dollar fine.

As of July 2019, Kansas residents are legally permitted to bring back cannabis oils with low levels of THC from states where it’s legal and administer it. The “Claire and Lola’s Law,” allows the medical use of cannabis oils with up to 5 percent THC levels.

The $515 million First Option Bank, chartered in Osawatomie, Kan., operates one of its nine locations in neighboring Missouri, where medicinal cannabis was legalized in 2018. Four months after the legislation passed, Bob Means, the senior vice president, and Jody Barker, the chief commercial credit officer, got approval from the First Option Bank board to service the legal cannabis industry from its Saint Joseph, Mo., branch; the bank serves the legal marijuana industry exclusively within Missouri’s borders.

First Option continues to have conversations with regulators at every juncture to ensure proper compliance safeguards as both banks and state authorities adjust to Marijuana’s medical legalization. “It really is still rolling out as an industry in Missouri,” Means said. “It’s still in its infancy.”

Triad Bank, based in Frontenac, Mo., was the first in the state to offer services to the medical marijuana industry. Although cannabis was legalized in 2018, Missouri only began granting licenses to dispensaries, cultivators and producers in late 2019, early 2020. The $570 million bank began accepting deposits from MRBs in May 2019.

Lead Bank, based in Garden City, Mo., announced its entry into cannabis banking at the end of March with the intention to lower the public safety and security risk that could come with a legal, cash-based industry. The $537 million bank will be partnering with Dama Financial.

According to the most recent data, there have been nearly 700 banks and credit unions that have decided to service the legal cannabis industry. The banks that are having success banking cannabis, said Adam Maier, the co-chair of the Banking and Financial Services division of Stinson LLC, tend to be community banks around the $500 million to $1 billion range. And generally, Maier said, the number of MRB accounts is between 40 and 50 before the bank starts to see a return on its initial investment in the industry, depending on the kind of MRB, whether it’s a dispensary, or a manufacturing company for the growers’ farm equipment.

“If a bank board is comfortable banking the industry, doesn’t have social or political objections to it, and is willing to commit to it and make the investment,” Maier said, “There’s a great deal of return to be had.”

While there’s seemingly enticing business incentive to banking the industry, Barker said, the appeal of profitability comes at a high price. “It requires a tremendous amount of focus, and focus takes money. It takes resources,” he said. “It can be profitable … but it’s an intense business.”

If a banker’s only incentive to bank the industry is for potentially easy money, Barker said, “I strongly encourage them to stay as far away from it as they can.”

Means and Barker are quick to warn of cannabis banking’s prospective peril, but their personal passion for servicing the industry is what supersedes the compliance risks.

Barker has spent more than a decade on hospitals’ boards of directors, and Means has two artificial hips. In the years leading up to his hip replacements, Means started using legal CBD, which he quickly realized was more effective than the ibuprofen he had been living on. Not long after that, his dad was diagnosed with cancer, and the family considered cannabis as a preferred option to opioids.

The more they researched, however, “the more we realized there was not a way in the world we were gonna be comfortable running the program entirely on our own.”

In addition to candid communication with regulators, the bank also hired Dama Financial as its compliance arm. The fintech conducts intense background checks, site visits, monitors deposits and vendor payroll. “No stone is unturned,” Means said. “There are too many potential pitfalls.”

Despite medical cannabis only being legal for the Saint Joseph branch business customers, and as of 2019, legal for Kansas citizen use, there haven’t been any compliance hiccups or legal complications related to regulatory reporting, Means said. “All of this business is conducted in Missouri, not in Kansas.”

The bank’s board of directors approved a 2 percent cap on MRB deposits, which it continually reviews, and the bank only accepts accounts with businesses fully licensed by the state. 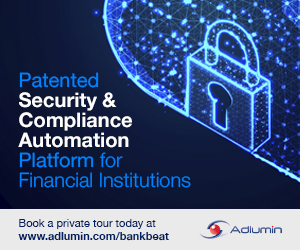