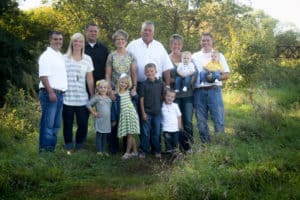 When a Safeway plant in southwest Minnesota closed nearly four decades ago, Connie Lonneman needed to find a new job. Just a few miles away, First State Bank Southwest, then based in Rushmore, Minn., had an opening. Lonneman began as a do-it-all, working as a teller, secretary and bookkeeper, adding in whatever else needed tending but might not have a specific title.

Four of her co-workers from that first day have retired in the past few years, but Lonneman has continued, now in her 35th year and with the titles of human resource director and corporate secretary, headquartered along with the bank 12 miles further east in Worthington, Minn.

“So often, people who are the heart and soul of your organization go so unrecognized because they’re not on the front line with their pictures on the front page of the newspaper doing things,” First State Bank Southwest President and CEO Greg Raymo said. “Because Connie has such a depth of knowledge of the overall bank, she knows every aspect of the bank, she’s one of those special ones. She does everything but is not out in the public’s eye.”

Lonneman is a 2017 selection for Outstanding Women in Banking honors, along with four others. The recognition, sponsored by CliftonLarsonAllen, is presented by NorthWestern Financial Review magazine.

Those recently-retired colleagues are a part of why Lonneman stayed at the $248.1 million First State Bank Southwest all these years.

“It’s always been a good group of people to work with. There’s some flexibility; we have great benefits,” she said. “There has never been a reason for me to look elsewhere because I enjoy coming to work every day.”

One of those great benefits is an employee stock ownership program featuring a 401(k). The KSOP, as it is known, now owns 28 percent of the bank’s holding company. Whenever an employee makes a cash contribution to his or her 401(k), it is matched with stock. Lonneman’s experience in putting together both the holding company and the KSOP made her a natural choice to be a KSOP trustee when one of the three trustees retired.

At least, those are the obvious reasons. Raymo pointed to another, more intangible, piece of the thought process, as well. 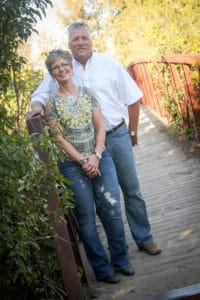 “I don’t know how to say this, but there are employees who are drama people. There are employees who love to talk, and Connie is just not one of those people,” Raymo said. “Connie is a very private person. She is known as the person you can talk to and know it’s not going anyplace else. She is very, very highly respected for her ability to maintain confidentiality.

“You need to have somebody like that at the table, and that’s why she certainly qualifies as a trustee and part of the senior management team.”

Thus, when the time comes for someone else to retire or perhaps divest some of that 401(k), not only does Lonneman know the ins and outs of the process, but she also lets the individual share the news on his or her terms.

On top of those duties, Lonneman and her husband, Jerry, own and operate the hog and grain farm he grew up on, aided by their son.

“She’s one of those rare people who is nose to the grindstone all the time,” Raymo said.