The combined company will have about $6.2 billion in assets, $5.3 billion in deposits and $3.4 billion in loans. The $3.3 billion Old Second has 29 offices in northern Illinois while the $3 billion West Suburban has 43 offices in the Greater Chicago area.

“We are extremely pleased to announce the combination with West Suburban,” said James Eccher, president and CEO of Old Second Bancorp. “Given our overlapping core principles and our complementary product and service offerings, we believe this merger creates the most compelling path forward for the shareholders of both institutions.”

“We expect that the community bank culture and values that we share with Old Second, and the expanded products and capabilities that we will have following our merger will enhance our ability to provide exceptional banking services to all of our customers,” said West Suburban Chair Kevin Acker. “We truly believe this combination will bring out the best in both of our companies and create a better bank for our employees as well as the customers and communities we serve.”

Citigroup Global Markets Inc. acted as financial advisor to Old Second and rendered a fairness opinion to its board of directors. Nelson Mullins Riley & Scarborough LLP served as legal counsel to Old Second.

Keefe, Bruyette & Woods, A Stifel Company, acted as financial advisor to West Suburban and rendered a fairness opinion to its board of directors. Kirkland & Ellis LLP, lead counsel, and Barack Ferrazzano served as legal counsel to West Suburban. 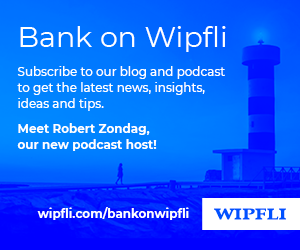