First National Bank of Omaha, Neb., is being recognized by the American Bankers Association Foundation for its commitment to affordable home development in the community.

As one of eight banks named “Community Commitment Award” winners, the highest honor offered by the ABA, the $23 billion bank is honored for its Habitat for Humanity of Omaha Loan fund.

In collaboration with nine other banks and two non-profits, FNBO created a loan fund to provide mortgages to boost affordable housing. At the end of the 2018 pilot year, $3.6 million was given in loans to only 32 families.

“Access to stable and affordable housing in a safe and vibrant neighborhood is the foundation of a family’s well-being,” said Alec Gorynski, vice president of FNBO.

The commitment the bank has to affordable housing is not a new concept for First National of Omaha.

In May 2019, the Omaha bank granted $820,000 through its Community Development Grant Program. The initiative’s focus was to increase access to affordable housing, revitalize neighborhoods and build strong local economies.

Forty percent of the total donations went to housing development in Nebraska and western Iowa, which supported 17 organizations, including Habitat for Humanity. The grants in this region aimed to rehabilitate, build or finance more than 400 homes and allow 830 people to own a home.

Habitat for Humanity of Omaha received $40,000 to revitalize the Adams Park neighborhood in Omaha.

With 45 organizations benefiting from the development initiative, the heart behind the partnerships was the will to create positive change where the need is the greatest and results are best realized, Gorynski said. 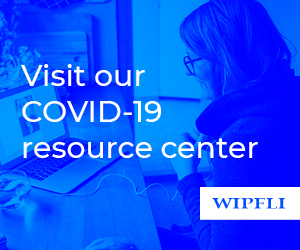