The 10th anniversary of the Dodd-Frank Act (July 21) came in the midst of the pandemic, when debit card usage was surging. People are attracted to touchless payment options, and consumers naturally trend toward debit cards during a recession when money is tight and they feel uncomfortable racking up debt. The Durbin Amendment to Dodd-Frank requires card issuers to enable cards to operate on at least two unaffiliated debit networks. U.S. Sen. Richard Durbin, (D-Ill.) recently wrote to the Federal Reserve about his concern that the largest card issuers are ignoring the rule at a time when card usage is skyrocketing, resulting in higher fees for merchants and, therefore, consumers.

Durbin and Rep. Peter Welch (D-Vt.) sent the letter to Fed Chair Jerome Powell on July 24. In it, they expressed concern over what they called “troubling practices that are diminishing competition and costing American merchants potentially billions in excessive swipe fees.”

Under current law, banks that issue debit cards must enable at least two unaffiliated debit networks to be available for each debit card transaction so merchants can have a choice of competitive options. This requirement enables lower-cost debit networks to compete for business with the dominant players: Visa and Mastercard.

Historically, domestic debit networks have been characterized by PIN authentication. However, most debit networks have developed the technical ability to process transactions without a PIN. This is known as a PIN-less debit, explains Callum Godwin of CMSPI, a payments consultancy. “There is a fundamental issue with Bank Identification Number enablement, preventing the growth of PIN-less,” Godwin writes on a blog appearing on the company website. “In a nutshell, many issuers are not switching on PIN-less functionality when they issue bank cards which means merchants are unable to use it for a large portion of transactions.” 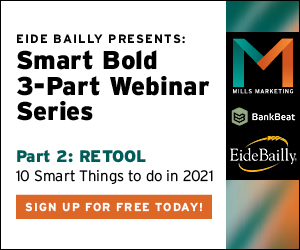 In their letter, Sen. Durbin and Rep. Welch say the Fed may need to intervene “to prevent what appears to be the anticompetitive practice of major debit card issuers refusing to enable PIN-less debit functionality on their cards. Numerous small debit networks which have traditionally conducted transactions using PIN authentication are also able to process online, or card-not-present, debit transactions without a PIN. However, for a card-not-present transaction to be routed over a PIN-less debit network, the card-issuing bank must enable the card’s Bank Identification Number so that the PIN-less functionality will work. Issuers that do not enable PIN-less routing appear to be violating [Fed Regulation II] because they do not have more than one network option for these online debit transactions.”

Sen. Durbin and Rep. Welch cite CMSPI, saying “a merchant is unlikely to be able to use PIN-less more than 50 percent of the time” due to issuers’ refusal to enable their cards to use PIN-less functionality. The lawmakers explain that because PIN-less debit transactions over smaller debit networks often carry lower merchant transaction fees than transactions routed over Visa and Mastercard, CMSPI estimates that U.S. merchants could save at least $2 billion per year in debit fees if PIN-less functionality were made fully available.

Sen. Durbin and Rep. Welch said the Fed’s effort should include examining whether large debit card issuers and the dominant card networks may have mutual incentives to stifle PIN-less debit competition from smaller debit networks and whether they have violated [the rules].

Citing CMSPI, the Wall Street Journal reported that from March through early May, online and other card-not-present debit card purchases made up an estimated average 24 percent of total U.S. debit and credit card payments. That’s up from 14 percent as of the end of February.

Terry Dooley, executive vice president and chief operating officer of Shazam, the Johnston, Iowa-based EFT network, recently wrote to customers that technology making contactless payments possible “potentially limits the choices a merchant has available to route transactions to all bank partner networks. Often, that limitation means higher merchant expenses as the transaction is routed across the payments ecosystem. By the time it gets to you, the transaction can lose some of the economic value that could benefit your bank.”

The Durbin Amendment, which is generally known for the interchange fee cap it imposes on transactions involving large bank debit cards, is opposed by the largest debit card issuers. They say merchants have enjoyed the savings and that lower costs have not been passed onto consumers. The Electronic Payments Coalition says the cap has cost the large card issuers some $90 billion in the last nine years — $14 billion alone in 2019. 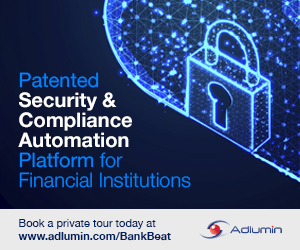 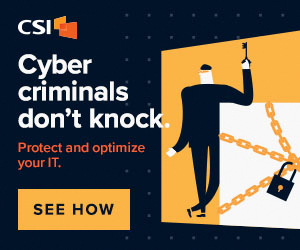