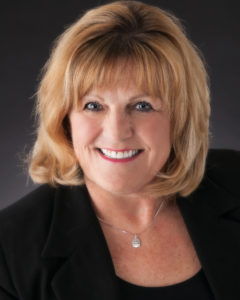 Before Suzi Kalsow, Ph.D.,  joined Spirit Lake, Iowa-based Bank Midwest as vice president of learning and development, she worked in higher education as a graduate professor of leadership. When a university colleague started to bad-mouth a program she led, Kalsow confronted him using the communication principles she’d honed as a FIERCE facilitator.

Kalsow, who led a BankBeat webinar on FIERCE, recounted how that former university peer, also a professor, had responded to her directness. First he denied. Then he lobbed a pejorative. The example was instructive, she said, because she felt lighter after the conversation, even though she had just been called a name. The lesson? “It isn’t about them,” Kalsow said.

Kalsow said some of her former students told her FIERCE principles were the most useful thing they learned while at university. Yet FIERCE principles are completely applicable to the business world. “What gets talked about in an organization and how it gets talked about (and where) will determine what will and won’t happen,” she said. “Do people tell the truth in conversations?”

“FIERCE Conversations” is a book by Susan Scott, a former educator turned executive coach. The success of the book led to the development of a host of professional development programs designed to foster accountability, courage and compassion in the workplace. Kalsow, who facilitated “Learn to Lead by Navigating Critical Conversations,” said she was hired by Bank Midwest five years ago to integrate the FIERCE principles into the bank’s culture. In her webinar, she provided an overview of the principles, and the tools, that allow a person strategies to achieve them. Why the focus on conversations? “It’s how we build our relationships,” she said.

FIERCE conversations also led to the development of important leadership skills, such as how to delegate, how to coach, and how to communicate and coordinate across departments to ensure other perspectives and needs are met.

Perhaps the most critical benefit of FIERCE, though, is its ability to help a person navigate confrontation with defined steps, such as naming the issue, offering an example, describing emotions, and sharing what’s at stake.

These are conversations people either don’t know how to have or are afraid to have, Kalsow said.

Like confronting a professor who spreads misinformation about you. The professor who Kalsow confronted using FIERCE was effectively neutralized. When word got out around campus about how Kalsow had accomplished her feat, she was offered a promotion.