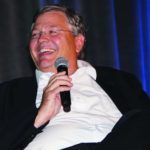 Scott Wakefield, president of First Minnesota Bank, Mayer, Minn., became chairman of the Independent Community Bankers of Minnesota at the group’s 55th annual convention Aug. 9-12 at the JW Marriott Hotel next to the Mall of America in Bloomington, Minn. [Continue]