First Dakota National Bank CEO Larry Ness will retire at the end of this year following a 40-year career with the bank. Ness, 77, has served as CEO of the $2.6 billion bank since 1983. He will be succeeded by bank president Rob Stephenson.  Ness, who became the bank’s majority in 1995, plans to remain … Read more

Winnebago, Ill.-based Foresight Financial Group, Inc., announced the retirement of President/CEO and Director Rex Entsminger. Entsminger had held the three roles within the $1.45 billion, northwestern Illinois-based holding company since the spring of 2018. The board appointed Peter Morrison, currently the president and CEO of a Foresight subsidiary, State Bank in Freeport, Ill., as the … Read more

Frankfort, Ind.-based The Farmers Bank President and CEO Karen Gregerson will retire in September 2023. Gregerson has been with the bank in those roles for six years. She started her banking career in Marion, Ind., following her graduation from Ball State University’s Miller College of Business. She has a master’s degree from Indiana Tech, Fort … Read more

Executive Vice President Matthew Doherty will step down from the CFO role he holds at  Bloomington, Ill.-based HBT Financial, Inc., at the end of this year.  Peter Chapman, EVP and CFO of the $13 billion Great Western Bancorp, Inc., Sioux Falls, S.D. will join HBT Financial on Oct. 1 and assume the CFO role on … Read more

Madison, Wis.-based First Business Bank CFO Edward Sloane Jr. will retire next March.  The bank plans to name current Chief Accounting Officer Brian Spielmann to succeed him. Spielmann is expected to serve as deputy CFO and the CAO until he assumes Sloane Jr.’s current role.  Spielmann, who joined the bank in 2006, held a variety … Read more 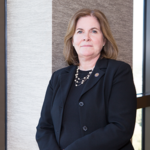 Federal Reserve Bank of Kansas City President and CEO Esther George will retire in January after reaching the mandatory retirement age of 65. [Continue] 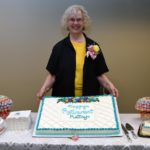