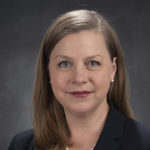 Altoona, Wis.-based Citizens Community Federal National Association appointed Bill Bertrand to its board of directors. Bertrand is the president and owner of One Automotive Group which owns the local Mazda, Honda, Hyundai, Volkswagen and Audi dealerships.  “We are pleased to add [Bertrand] as a director to our bank board as we expand our community outreach … Read more

The Wisconsin Bankers Association hired Kelly Hageman, Cindy Thoennes and Donny Wilson to its subsidiaries. Hageman joined the association’s Employee Benefits Corporation as account administrator. Hageman previously worked for the Wisconsin Association of Independent Colleges and Universities and has experience in employee benefits with an emphasis on promoting corporate wellness. He graduated from the University … Read more

Michael Wilson was appointed executive vice president of innovation and corporate services for Iowa-based Ames National Corporation. Wilson has served as the chief lending officer of a central Iowa bank and managed a commercial agribusiness team for a national insurer. He began his banking career as a commercial lender in the Des Moines market.  Wilson, … Read more

The American Bankers Association will recognize Nebraska attorney Steven Turner as the recipient of its Blanchfield Award. The award, given in recognition of John Blanchfield, former ABA senior vice president of its Center for Agricultural and Rural Banking, recognizes the work of a non-banker who significantly contributed to agricultural lending.  Turner, an attorney focusing on … Read more

The OCC issued a $6 million civil penalty against Southfield, Mich.-based Sterling Bancorp over fraudulent mortgages issued by its employees. [Continue]

Prominent Minnesota banking leader and philanthropist David Cleveland died Sept. 17 at his home in Sarona, Wis., at the age of 89. [Continue]

Dorothy Bridges was recently named interim president and CEO of the Minneapolis-based, equity-focused Metropolitan Economic Development Association.  Bridges brings more than 40 years of banking experience to Meda, much of it focused on commercial and community development lending in minority, small business and development markets. Founded in 1971, Meda aims to support the success of … Read more