Chicken Little and the economy 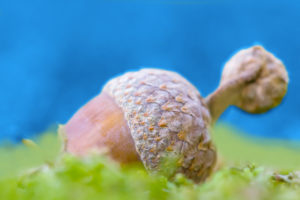 Chicken Little would have been a terrible economist. She was hit on the head by a falling acorn and immediately declared “the sky is falling.” Perhaps a bit more analysis should have been conducted since the sky, in fact, was not falling.

Just like Chicken Little, the bond market was recently hit on the head with an acorn, and the yield curve screamed “recession.” The yield curve temporarily inverted, and the three-month Treasury yield was higher than the 10-year yield. This created a bit of hysteria, because an inverted yield curve has predicted the last seven recessions since 1970 with only one head fake.

However, just as one falling acorn does not ensure the sky is falling, an inverted yield curve alone does not suggest a recession is imminent.

The yield curve is not all-predicting

The slope of the yield curve has been a good recession indicator, but it’s not the only recession indicator. As the economy slows and inflation expectations wane, the yield of shorter-term bonds can be higher than longer-term bonds and the yield curve becomes inverted, signaling a looming recession. Historically the indicator has been the two-year to 10-year Treasury slope. In late March, the three-month to 10-year slope inverted for only one week and the two-year to 10-year slope never inverted.

Recession indicators beyond the yield curve

One falling acorn does not verify the sky is falling. The same is valid for economic forecasting. Looking at one economic variable mutually exclusively will in most cases provide an inaccurate “the sky is falling” forecast. We prefer to analyze numerous data points to confirm a signal and reduce the noise that can lead to untimely portfolio management decisions.

The slope of the yield curve is a good recession indicator sooner or later. However, it has been a less than timely guide to asset allocation. Since 1968, the yield curve inverted an average of 12 months prior to a recession and six months before the S&P 500 peaked. How do we get confirmation?

The Conference Board’s Leading Economic Index has a similar track record in predicting recessions. LEI is an index of 10 leading economic variables. Over the past 50 years it tends to be timelier than the slope of the yield curve. Again, since 1968, LEI has sounded the recession alarm five months after the yield curve inverts, giving us confirmation.

High-yield bonds also provide clues to oncoming recessions. High-yield spreads, the difference between the yield of a low-quality bond (junk) and a Treasury, typically expand significantly after a yield curve inversion and before the stock market peaks.

So, what was the progression of these variables before the last recession?

All four of these important signals fell into alignment over an 18-month period (late 2005 to mid-2007), and three had been triggered at least a year before the stock market peak and the onset of the Great Recession.

Is the sky falling?

Today, our checklist shows that so far only one signal has flashed (Treasury inversion), and it failed to hold:

The moral of the story is that you need more than one acorn to hit the economy on the head before investors declare the sky is falling and a recession is looming.