ICBA chair: Community banks must come together to protect industry

Fisher made the comments in a Aug. 6 group conversation with Independent Community Bankers of Minnesota President & CEO Jim Amundson during the 2021 ICBM Conference at Grand View Lodge Spa & Golf Resort near Brainerd, Minn. Fisher derided a proposed mandate in the American Families Plan requiring financial institutions to report to the IRS deposits and withdrawals of all business and personal accounts with a balance of more than $600. He said most community banks do not have sufficient operating systems to meet the proposed requirements, adding that the government does not understand the sheer scope of the plan. Another concern for Fisher is that the enhanced standards could prove popular among some legislators and initially appear to be easy to implement. To him, even proponents do not have a firm idea of the revenue the proposal would generate. Even in a best-case scenario, Fisher said the initiative will not be completely rolled out for a few years.

Fisher encouraged community banks to foster partnerships with fintech firms. He said there has always been a nationwide separation between banking and tech companies, a line he said is in trouble of being erased through Amazon, Google and Apple trying to enter the banking industry. Bank-fintech partnerships will help community banks stay competitive.

Other proposals Fisher spoke against include the Biden administration’s plan to increase the estate tax and eliminate the “step-up in basis” for gains of more than $1 million at death. Under current law, inherited assets are taxed at their value upon transfer; Biden’s plan would tax an asset’s unrealized appreciation at transfer. Fisher said the plan would be “problematic” for family-owned banks and farms. The administration is discussing having banks play a role in controlling carbon emissions, a plan Fisher said “doesn’t make any sense.”

Fisher said credit unions have a successful advocacy model, and he expressed distaste for the credit unions he said have strayed from their original mission.

To combat the increase in credit unions acquiring community banks, the ICBA has started an educational “Wake Up” campaign laying out the differences between credit unions and banks. Fisher said too many lawmakers are unaware that credit unions do not pay taxes. The ICBA is advocating for Congressional hearings into whether credit unions should continue to be tax-exempt and the possibility of credit unions paying exit fees for such acquisitions, a step intended to recoup any related loss of tax revenue.

Fisher, president and CEO of Spencer, N.Y.-based Tioga State Bank, described advocacy as being “so key” to what community bankers do and called on those in attendance to be engaged in such work, locally and federally. Fisher, who also sits on a local hospital board, said community bankers must have relationships with elected officials, bonds he said “truly make a difference.” 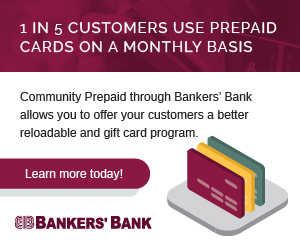