Marketing in the middle of a global pandemic and the resulting economic turmoil isn’t easy. There’s a fine line to walk between continuing to put your message in front of customers and not seem like you’re trying to profit from dual crises. Use of social media to spread reassurances was a key theme of the earlier stages of the pandemic, with many banks opting to focus on messages of unity and togetherness. “Customers want to feel that there’s someone steering the ship and they want to hear that the bank is still doing well,” said Tiffany Beitler, president of Cook’s Bay Marketing in Minnetrista, Minn. Many banks pivoted to explaining the digital functions which replaced in-person transactions or offering encouragement via social media.

Bank Iowa used its social media pages, especially Facebook, to focus on community support and encouragement in the early stages of the pandemic. It repurposed an already created resource: A children’s book meant to teach the virtues of saving. The bank took its illustrations and turned them into coloring pages and activity sheets.

Bank Iowa also ran several holiday-themed promotions that rewarded participants with items from local businesses: Bouquets for Easter and gift cards to hardware stores on Father’s Day. The contests offered an emotional boost for community members and a financial boost to local businesses, said Josh Fleming, vice president of marketing at the Des Moines bank. It also kept the bank’s name front and center, and engagement on its social media pages skyrocketed.

As part of the pivot, many banks focused on outreach to current customers, everything from video walkthroughs of how online banking worked to letters from the CEO offering reassurances. It was the correct messaging, marketing experts agreed.

But banks can’t cling to it forever.

“I think there’s risk in hanging on to messaging solely relating to the pain when it’s already obvious,” said Becki Drahota, CEO of Mills Marketing in Des Moines. “There’s a lot of pent up energy for doing something proactive, for not just coping, but for creating.”

In the early days of shutdowns and uncertainty, the phrase “unprecedented times” became a mantra across advertising in all industries. But the pandemic is more than six months old in the United States, and that messaging — as vital and true as it was at the time — is now stale. While there’s still a place for emphasizing community, banks also need to focus on growth and forward momentum.

It’s remarkable “how quickly that [phrase] becomes trite because everybody’s using it, everyone’s banking on that,” said Martha Bartlett Piland, president and CEO of Banktastic in Kansas City, Mo. “And it was everything. It was good. It just had a short lifespan.”

Even before the pandemic upset the apple cart, trends in marketing were heading away from product emphasis and toward less quantifiable qualities. The importance of customer experience has been a theme for a while, but that’s not likely to change.

“It is less about the exact products that we’re offering because at the end of the day, there’s a whole bunch of other companies — banks and nonbanks — that are offering the same type of products that we are on parity with,” said Melissa Beltrame, chief marketing officer at Lead Bank in Kansas City, Mo. “It’s about who you want to do business with.” It’s important that the banker is top of mind for the customer to call when they need to talk through a situation, Beltrame said, and that requires the bank to place a premium on seeming more like a human being than a business sometimes.

Bank Iowa has tried to shift toward a tone that’s “a little bit more lighthearted, a little bit more approachable,” Fleming said. “We try to make it seem like if you actually met the people that are in our ads, you’d actually like them and want to have a relationship [with them].”

Community banking has always been built on personal relationships, the kind of face-to-face interactions and high-touch service frequently lacking at larger institutions. But those have never been as important as in times of crisis. During the height of the rush for PPP loans, community banks stepped up to help walk their customers through the process.

Stories abounded in the wider media of non-customers coming into community banks seeking help obtaining PPP loans after being turned away by larger institutions. They were helped, and now those community banks have created incredible goodwill with those borrowers. It’s a foot in the door to earning a larger slice of their business in a completely organic way, one that has already paid off for some banks.

“I think at the end of the day, we’ve learned that people are really craving something a little bit out of the ordinary, particularly from a bank,” Beltrame said. “We want to be the educated, sophisticated Lead Bank, offering great financial information, but we also want to be their friend and their partner in all of this as well.”

But what shapes the tenor of your marketing campaigns and social media personas? Before you consider a rebrand or how to reach more customers most effectively, you’ll need to know what your brand is.

The brand is the overarching identity of your bank. It informs everything from color palette to how a Facebook post is written. It’s how you distinguish yourself from every other player in your marketing, Bartlett Piland said. A muddy brand identity will lead to mixed messages. “It’s not something you can just snap your fingers and discover overnight,” she said. “A strong brand has got to be authentic.” In formulating a brand identity, a bank might look at common threads in success stories among its customers or community causes it champions. It should also be aspirational, a declaration of what the bank wants to be and wants to do, Bartlett Piland said.

That branding will extend beyond the marketing approach and form the bank’s culture as a whole. “Everybody in your bank knows that that’s what you’re doing. So you hire that way, you onboard and train your employees that way,” she said. “You make sure that everybody is helping extend that mission, extend that purpose out whether they are serving a customer or sitting on a nonprofit board or standing in line at the grocery store and chatting with somebody.”

Many banks have notoriously similar names, but a complete rebirth isn’t always necessary. A strong enough visual and brand identity can stand out even if there are several similarly christened banks jostling for market share. In early 2018, shortly after Fleming joined Bank Iowa, he set out to refresh and update the bank’s brand and marketing. A complete rebrand wasn’t in the budget at the time, but some research revealed that it wouldn’t be necessary.

“Those who knew us loved us,” Fleming said. The problem was that fewer than a tenth of people in its market were aware of the bank. From there, Fleming worked on refining the bank’s brand identity and introducing it in a more deliberate way, including its first television ads in more than a decade.

After surveying customers and talking to internal stakeholders, Fleming and his team settled on the slogan “Let’s make it happen.” It creates a sense of collaboration and forward momentum, he said, and even leaves the door open for customers who might not fit the bank’s lending criteria right away. Lenders might offer a “no for now” response and a list of suggestions for improvement or a reference to a different organization better suited to their lending needs. “So if we can’t make it happen at the bank, we want to make it happen for them in some capacity, or at least get them [started] down that path of success,” Fleming said.

Another key takeaway from the past half year of uncertainty is the necessity of robust technology. “Banks really need to invest in their digital capabilities, not just [in] marketing, but system-wide,” Beitler said. Some community banks have already made the move, but others are still playing catch-up and the pandemic has only widened the gap between those who thrive in digital spaces and those who don’t.

While word of mouth advertising is still a strong component of marketing strategies, being proactive has only grown in importance. First State Bank of Rosemount, Minn., is one such bank which has recently overhauled its approach to reaching customers. President Mark Toombs, the third generation to lead the bank, used a branch remodel to springboard new marketing efforts starting three years ago.

“My dad, who was the previous president of the bank, figured our actions would speak for themselves and word of mouth was good enough marketing and you know, it’s okay in a certain situation to toot your own horn a little bit,” Toombs said.

The bank began investing in digital marketing in addition to its traditional support of local charities and sports teams.

“[The industry] is changing so much and so fast, but you need to learn to adapt,” Toombs said. “I keep telling people here we need to work smarter, not harder. And sometimes the technology helps with that.” 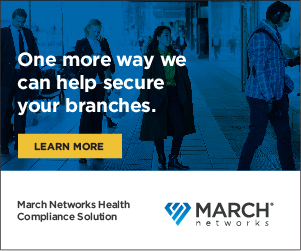