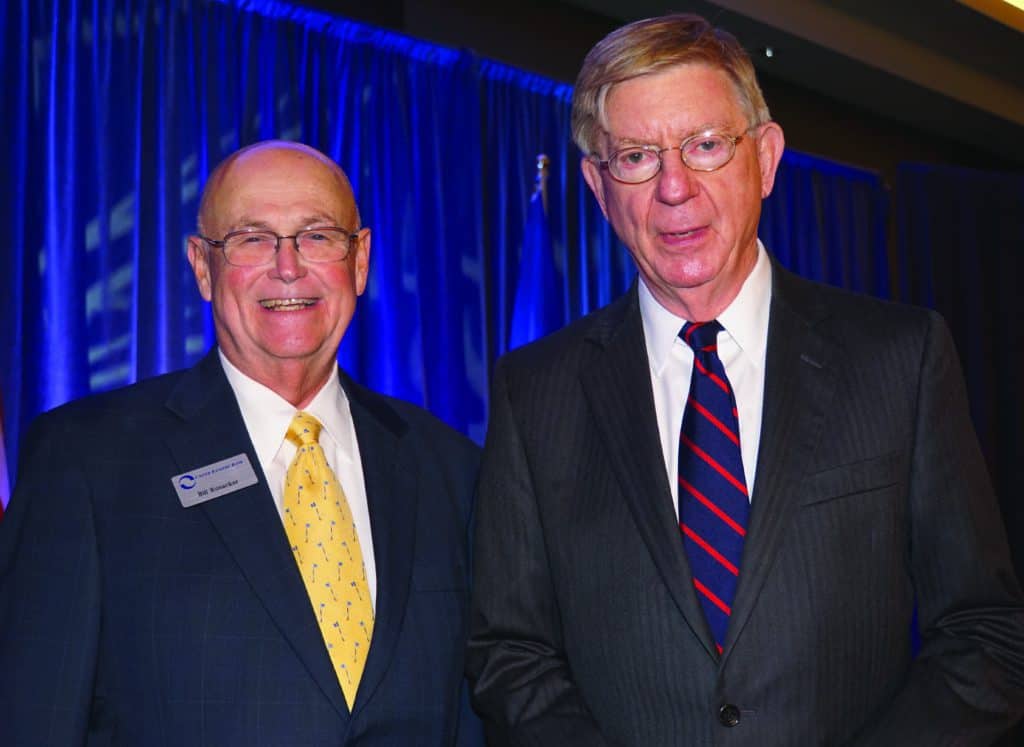 Michael Bilske, CEO of North American Banking Company, Roseville, Minn., demonstrated his bank’s new person-to-person payments app at the Grand Event hosted by United Bankers’ Bank on Oct. 20 in Bloomington, Minn. Bilski, whose bank is very active in ACH payments processing, said the app allows individuals to exchange money via their cell phone, much the same way Venmo does. He actually transferred $20 into the bank account of a banker in the audience to demonstrate the app. The app, which is called “ExCheQ,” utilizes the existing ACH payments system.

Bilske said the banking industry needs to move aggressively into faster payments, noting competitors such as PayPal, a company with $80 billion in market capitalization. Bilske, who worked on the Fed’s Faster Payments Task Force and recently was named to the Fed’s Governance Framework Formation Team, said he believes the Federal Reserve should be open 24/7, 365 days per year to facilitate funds transfers at any time.

Bilske said he is rolling the product out to his bank’s customers on a no-fee basis in December and hopes to make the app available to other banks in early 2018.

In another breakout session at the UBB customer event, attorneys Tony Moch, Michael Olson and Ed Drenttel of the Winthrop & Weinstine law firm in Minneapolis urged bankers to think carefully about how they are using their bank’s name, logo or “service mark.” Common mistakes related to service marks, include:

Noah Galloway, a veteran of Operation Iraqi Freedom, opened the day’s events by sharing his dramatic story of tragedy, difficulty and ultimately success. He lost an arm and a leg in an explosion in 2005 and suffered depression and personal struggles during years of rehab.

He said that his kids, however, changed his heart and he committed to being a better person. He trained, regaining his physical strength, and became a personal trainer. He won a long-shot opportunity to appear on the cover of Men’s Health magazine, which led to an appearance on a television talk show, and eventually to a spot on Dancing with the Stars. Remarkably, he finished third, but more importantly he realized his experience was giving other distressed veterans inspiration and hope.

He said he has numerous speaking opportunities now and goes around the country offering a message of hope. He said he may run for congress in his home state of Alabama.

George Will, the prolific writer and commentator, shared observations during a luncheon speech. Noting that “zero interest rates makes big government inexpensive,” Will said the United States is paying $800,000 every minute in debt service.

Expressing concern, he said the country “used to do things for the future, now we borrow from the future for our benefit in the present.”

Noting 60 percent of U.S. households pay less than 5 percent of their income in income taxes, Will said the country’s tax system is out of alignment with the character of its citizens. “Our tax code to me looks like codified envy,” he said. “We are not an envious people, we are an aspirational people.”

The event opened with dinner on Oct. 19, followed by comments from Camden Fine, president and CEO of the Independent Community Bankers of America. Fine, regularly voted one of the top lobbyists in Washington, D.C., plans to retire in spring 2018, which will mark his 15th anniversary at the trade association.

After sharing stories about his experiences in the nation’s capital, he turned his attention to reg relief, perhaps the top advocacy issue for most bankers.

“I’ve been in Washington for 15 years and I’ve never felt better about getting a meaningful reg relief bill through Congress,” Fine said. “By Memorial Day, we are going to have a bill going to the President’s desk. I think it is going to be a really good regulatory relief bill. I am feeling really good about it for a lot of reasons. I think things are looking good. I haven’t been this hopeful in a long, long time, but I think the planets are aligning.”