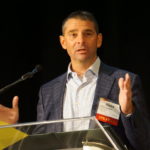 How do banks remain relevant in an environment of disruption and disintermediation? You can start by creating an awareness of innovation throughout the organization, said Ross Manson, chief innovation officer at Eide Bailly. [Continue] 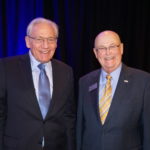 The Federal Reserve Bank of Minneapolis will no longer permit small bank holding companies looking to make an acquisition to use the “hypothetical dividend” approach, some attorneys say. [Continue] 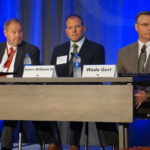 While acquisitions are often driven by a desire for growth and the need to obtain local deposits, navigating data processing company escape clauses can add overwhelming cost to a dynamic process. [Continue] 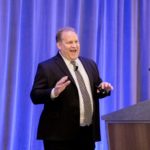 Will community bankers in subchapter S corporations be allowed to take a deduction designed to reduce their income tax obligation to a rate closer to what C corporations pay? Jerry Kissell, tax partner with RSM US, LLP, told bankers gathered for an event in St. Louis Park, Minn., the answer is uncertain. [Continue] 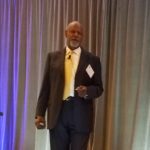 The old adage that credit quality is king is as true as ever. And while fewer banks these days are failing (three failed in the United States in 2017) and fewer turn up on regulators’ lists of troubled banks, there has been a slight uptick in the issuance of MOUs and board resolutions. That’s according to David Kemp, president of Atlanta-based Bankers Management Inc.  [Continue]

Bankers are good at their jobs and most have a strategic plan that’s meant to guide their institutions. Sometimes that plan just sits on a shelf. Few bankers, though, have a formalized management system that keeps them accountable to their mission or allows them to effectively communicate their vision to staff. [Continue]

One day before Mike Burke, a robbery and crisis management consultant with Shazam, spoke to bankers in Des Moines about card skimming and card cloning, two men with handguns robbed the Maxwell State Bank, in nearby Ames. No customers were in the bank at the time of the robbery and no one was injured. By the time Burke launched into his presentation about financial crimes, the men still hadn’t been apprehended. And while card skimming and card cloning aren’t as trauma inducing as staring down the barrel of a gun, they are crimes on the rise in the Midwest, and they have the potential to become a huge problem for financial institutions. [Continue] 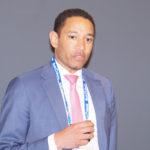 The late December tax law changes have sparked a debate about whether bankers in subchapter S institutions should convert to C corporation status. Several speakers at the Bank Owners’ Seminar in Kansas City on April 17 shared thoughts on the question. The one-day forum was hosted by the Bank Holding Company Association. [Continue]

The rules that govern the use and cost of a bank’s debit card program are written by a small group companies and these rules set the terms for cardholder access as well as the costs borne by a financial institution. In its effort to support its customers and re-balance the power wielded by the largest players in the arena, Johnston, Iowa-based Shazam made a strategic decision to engage in advocacy on this and other issues.  [Continue]